It's been a while since we dipped into the mail sack. All the mutants just seem to be repeating themselves so I haven't been inclined to respond. Until today when I received an e-mail that made my jaw drop from the sheer stupidity of it. It's from someone that calls themself Rogue. Rogue has been previously banned for saying that they should give back a would be school shooters weapons. Anyway, you're not going to believe this one...

Cool page. Like what you do here. But I find you only look at the story one way. Not once have I read a comment you've made, about even one of these school shootings being acceptable, or needed.

Did you use to be a police officer or something?

I'm not even going to respond to that one. I'm just going to let it stand on it's own merits, or lack thereof.
Posted by Trench Reynolds at 11:45 AM 22 comments:

When Pierce County sheriff's deputies confronted a 16-year-old Puyallup boy Sunday morning, they say, he detailed his step-by-step plan to use a handgun and a rifle to randomly kill classmates this Wednesday at Rogers High School.

The teen planned to "randomly select 15 people [to shoot] and save the last round for himself," said Pierce County sheriff's spokesman Ed Troyer. He would leave only one magazine remaining, court papers say, "because that is all that he needed."

Sunday morning, deputies seized two rifles, two handguns, ammunition and a homemade pipe bomb from the student's home in the 9400 block of 137th Street East. It's believed the teen, charged Monday with attempted assault, was working alone in a plot to kill at least 15 people at the Puyallup school before shooting himself, Troyer said.

The district learned of the plan from the school's ROTC commander, Troyer said. The suspect, who is in the ROTC program, had sent at least one cellphone text message to a fellow ROTC member outlining what was going to occur, Troyer said.

Deputies reviewed the text messages, which included the following statement: "To finally go out in a blaze of hatred and fury ... to wrongly hurt others for my own sick pleasure before ending it for myself."

The teen planned to take a .22-caliber rifle and a handgun with 15 rounds into the school because they were easy to conceal, according to authorities. He was allegedly going to swipe the firearms from his stepfather's gun cabinet.

The suspect "wanted people to feel his pain, and he wanted to be hated, not having earned respect in the past," Troyer said.

The 16-year-old has been booked into Remann Hall juvenile jail in Tacoma on suspicion of assault and manufacture of an incendiary device.

And let's throw in the usual excuse while we're at it...

James Mazza, associate professor in the University of Washington's College of Education, said kids who lash out through school violence often "are victimized by bullying."

"They have exhausted their repertoire of coping strategies," said Mazza, whose specialty is school psychology. "When kids have such access to guns, it becomes a coping strategy."

Even though the article never mentions bullying as the motive. It just said he didn't earn respect.

And this has to be one of the most ridiculous statements I've ever read...

Mazza said most kids who concoct violent plots likely have been "on the radar screen" of school faculty for years. But, he said, many schools lack money to provide students with mental-health help.

It shouldn't be the school's job to provide mental health help for your kids. It's your job as a parent to provide it.

In a perfect world parents would take more responsibility for their children then bullying and school shootings wouldn't be a problem.

As always it was your pleasure.
Posted by Trench Reynolds at 4:31 AM 7 comments:

BRENTWOOD, Pa. -- A Brentwood High School student is in trouble for writing a threat on the bathroom wall.

Extra police were on campus for the start of the school day Friday morning.

This after school security discovered a Columbine-like statement in a bathroom stall on Thursday.

The district evacuated the building, but found nothing.

Police said a student admitted to making the threat as a prank.

And a lifetime of... 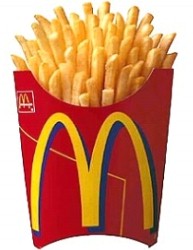 Is it funny now?
Posted by Trench Reynolds at 7:06 AM 3 comments:

Cops: Kansas School Shooting Foiled After MySpace Messages Intercepted:
Five teenagers from Riverton High School in Riverton, Kansas were arrested after their plans to shoot up the school were discovered on...where else...MySpace...

"What the resounding theme is: They were actually going to do this," Norman said.

Norman said he would ask prosecutors to bring charges of conspiracy to commit murder against the teens, ages 16 to 18. He said the state attorney general would handle the prosecution.

Deputies' interviews with the suspects indicated they planned to wear black trench coats and disable the school's camera system before starting the attack between noon and 1 p.m. Thursday, Norman said. The suspects apparently had been plotting since the beginning of the school year.

Officials at Riverton High School began investigating on Tuesday after learning that a threatening message had been posted on MySpace.com, he said.

"The message, it was brief, but it stated that there was going to be a shooting at the Riverton school and that people should wear bulletproof vests and flakjackets," Norman said.

School officials identified the student who posted the message and talked to several of his friends, Norman said.

But Riverton school district Superintendent David Walters said the significance of the threat didn't become clear until Wednesday night, after a woman in North Carolina who had chatted with one of the suspects on Myspace.com received a list of about a dozen potential victims, including at least one staff member. She notified authorities in her state, who contacted the sheriff's department, Norman said.

And let's throw in the required excuse while we're at it...

Norman said that the potential victims were popular students and that the suspects may have been bullied.

"I think there was probably some bullying, name calling, chastising," he said.

Because as we all know the rational answer to bullying is mass murder. That was sarcasm in case you couldn't tell.

More on this as information becomes available.
Posted by Trench Reynolds at 12:05 PM 11 comments: